Two Northern New York Agricultural Development Program meetings were held in the region in February. The meetings provide members and friends of the farmer-driven research, outreach and technical assistance program for the six northernmost counties of New York State with project updates and the opportunity to brainstorm research and education needs and opportunities for the coming year.

The following photos are from the NNY west-side meeting in Watertown. 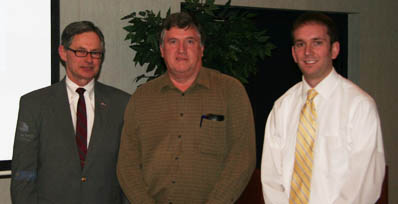 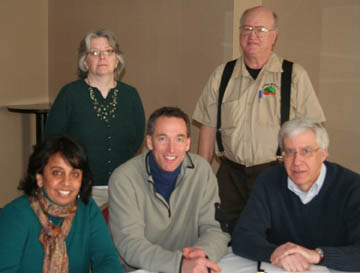 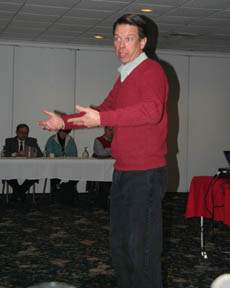 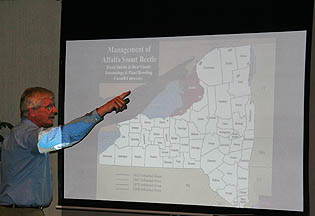 Cornell Entomologist Dr. Elson Shields points out the range of alfalfa snout beetle (ASB) in nine counties in New York State. Shields has been honored by the Entomological Society of America for his body of work, including the NNYADP-funded development of a biocontrol for the destructive ASB. Farmers using nematodes to control the beetle are once again harvesting high quality alfalfa crops to feed dairy cows and other livestock. NNYADP-funded trials, led by Dr. Donald Viands and Dr. Julie L. Hansen of Cornell, breeding ASB-resistant varieties of alfalfa are developing a second means of ASB control for tandem use with the nematodes.